District 9 is one of the best movies I've seen. In addition to having a great story, driving home an important message, it's a visual milestone, raising and setting the bar for a lot of contemporary sci-fi design. Here's a feeble attempt at internalizing some of those shapes. I think I should use other, less bristled & painterly, brushes and more selections and gradients when doing hard-surface-stuff. 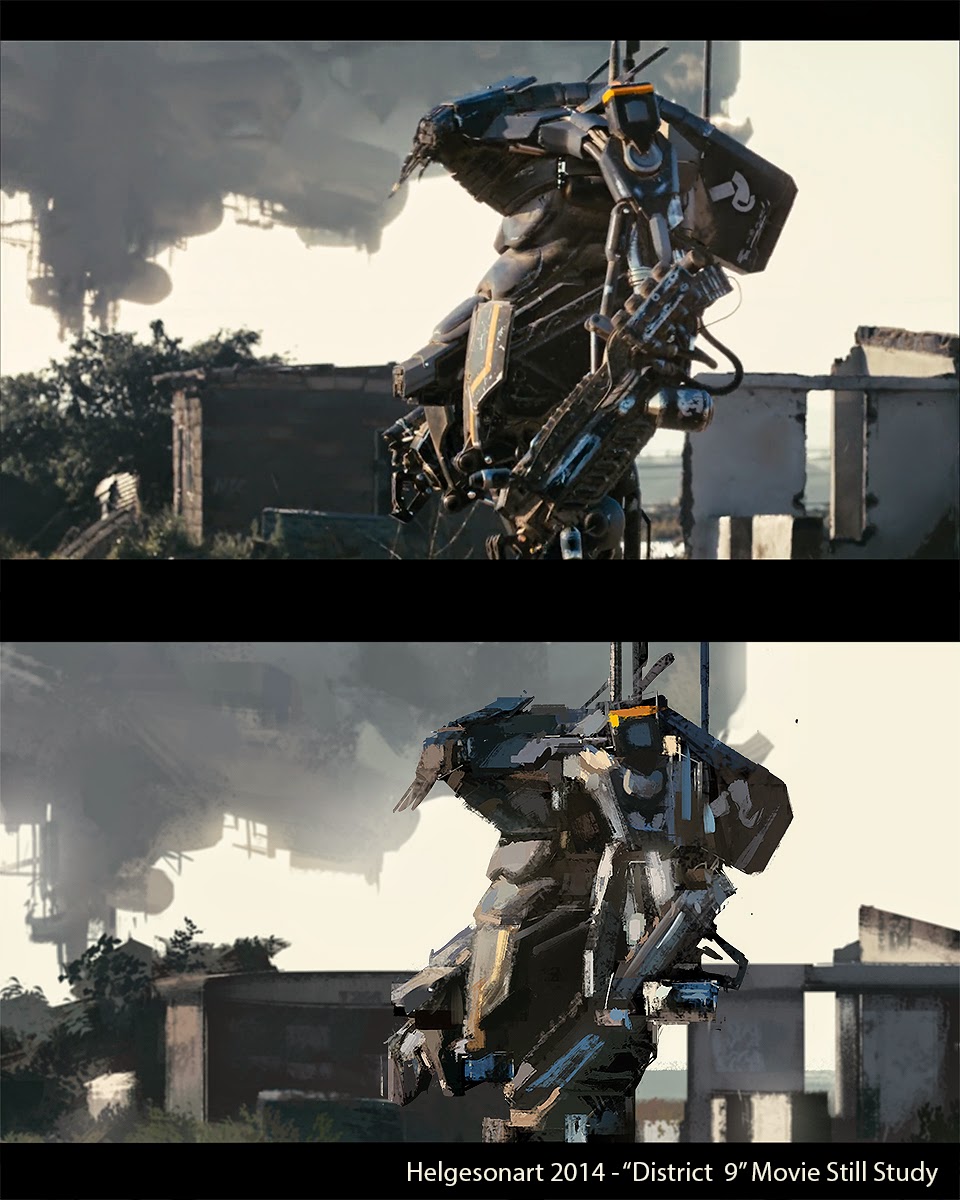 A lovely lady, as per usual. Attaching some notes on the light and colors which I'm observing. 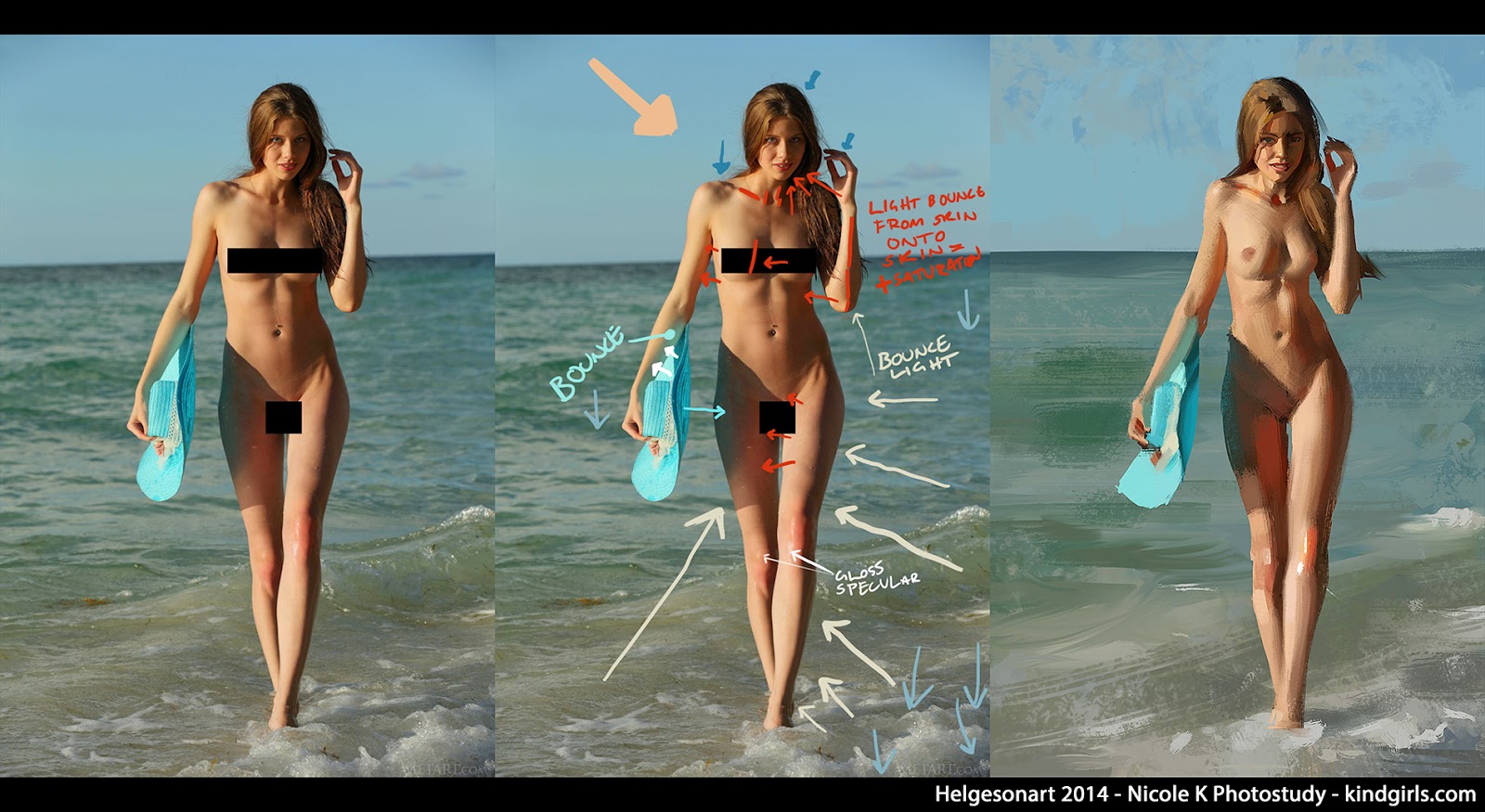 Here's a study of a sculpt from Skylanders Swap Force. Actually, seeing this post @ Z-Brush-central is mainly what attracted me to Beenox/Activision. Knowing that they were in possession of such skill and taste, and the lure of somehow being part of that, was extremely seductive. 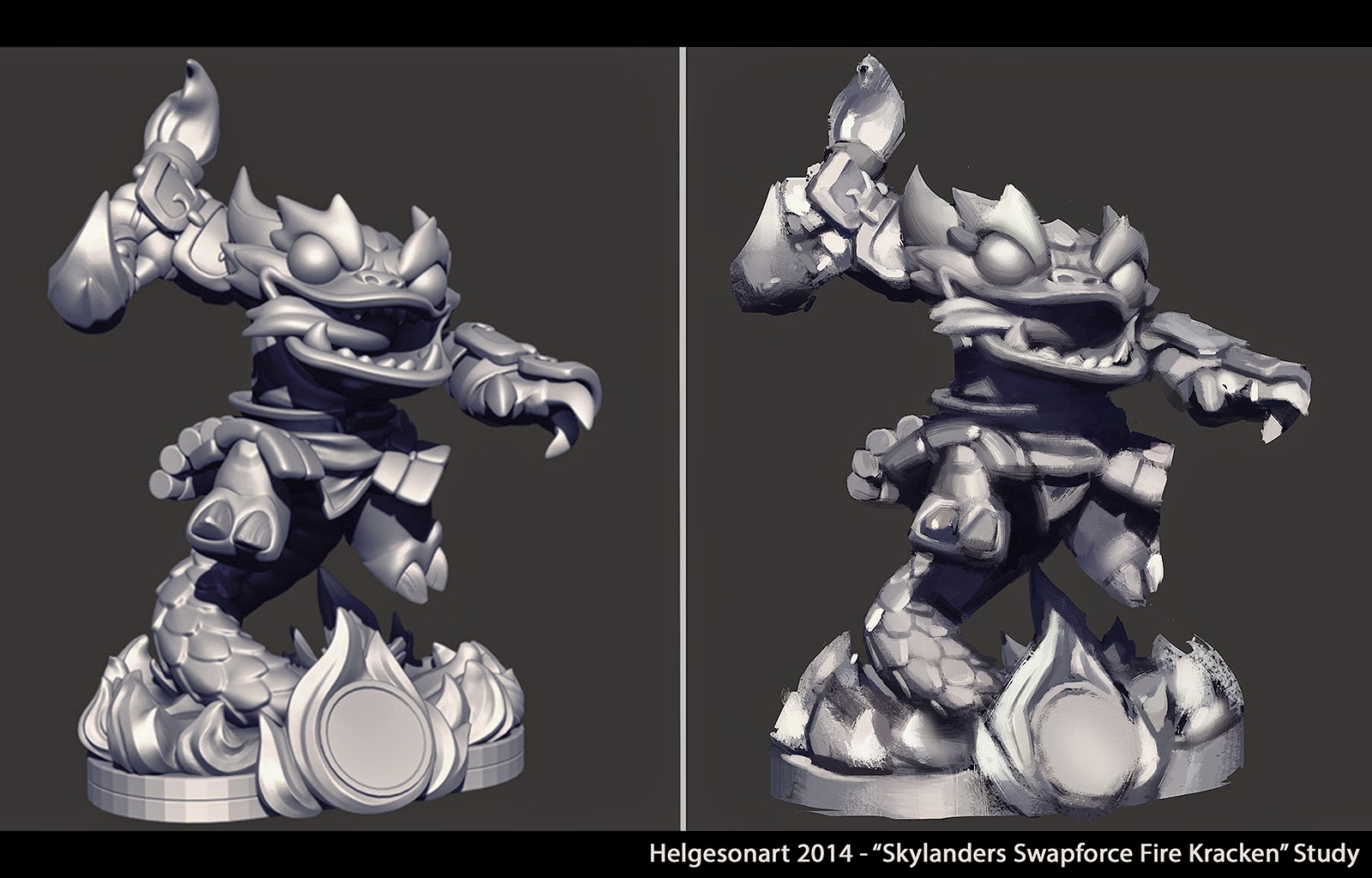 Finally, it might be a lil' while (about a month) before I have a new update. I'm leaving for the Trojan Horse Workshop in Portugal next week, and straight after that I'm taking the flight to Canada. I know from experience that moving takes time, energy and effort, and I might be pre-occupied with finding an apartment and making new friends etc. So, I'll be back ;P
Music for the people! Word.


Posted by Johannes Helgeson at 3:49 AM

All the best luck for you. Don't know you in person, but I'd fell some empathy by your online persona (through your thoughts, share for the community, friendly replies and the way you pursuit to polish your skills). I´m sure your real one follows the same directions.

Please keep in touch. And be free to ask for help if you need it.

Oh. About the studies. I do have to agree. The more I prefer the bristle-look, some designs like the Mech (and even the little 3D model) would be more clear to portrait with hard edges. But for *your* practice, this is super valid so you will know how to paint hard shapes when using a brush only. Dig?

Haha! Awesome, it's a beauty :) Well, I travel pretty light, 2 bags and my computer, years of a nomadic lifestyle have stripped me of everything else.

Thank you Dado. I let my friends and people around me be the judges of my character, it's in their eyes I see myself. I hope I can act with empathy, compassion, dedication, ambition, discipline and love :)

Johannes Helgeson
I´m a Concept-Artist and Illustrator active in the games-industry. I love to draw, design and paint! :)